By Anthony Couto Marvel is relaunching The Amazing Spider-Man comic series under their All-New All-Different banner, giving the wall-crawler a high-tech redesign from legendary artist Alex Ross and a whole new Iron Man-influenced status quo under the pen of writer Dan Slott and artist Giuseppe Camuncoli.

Speaking to MTV about Spider-Man’s new responsibilities as head of Parker Industries, Slott said, “Peter Parker has stepped up. He’s grown. He’s become the Peter Parker we’ve always hoped he was going to be. …This company, with Peter’s inventions and Peter’s gumption has gone to new heights.”

Gone are the days of a New York-bound Spidey, as Slott says the new series will showcase the hero as a “globe-spanning entrepreneur and inventor” who heads a “less angsty” version of Stark Industries.

“He’s operating with Parker Industries in not just New York, but also Shanghai and San Francisco and London,” Slott said. “He’s going to be a far more global Spider-Man, and with that is going to come all new global threats. Things that will really test Spider-Man like never before.”

Courtesy of acclaimed Kingdom Come artist Alex Ross, Spider-Man’s suit is also getting a tech-heavy upgrade. Peter Parker will be using his Spidey persona as a public disguise, and treat the persona as a high-tech security measure for his company.

“The things this suit will be able to do and the innovations that Peter Parker has put into it will be astounding,” the writer explained. “And when you want to take something to the next level, you go, and make it look real, you go, 'Hey Alex Ross, take your best shot.’”

Fortunately for fans of the Spider-Mobile, the classic vehicle is also coming back with a redesign for the new series, which editor Nick Lowe promises will make an appearance in the first issue – wherein Spidey will drive the streets of Shanghai. 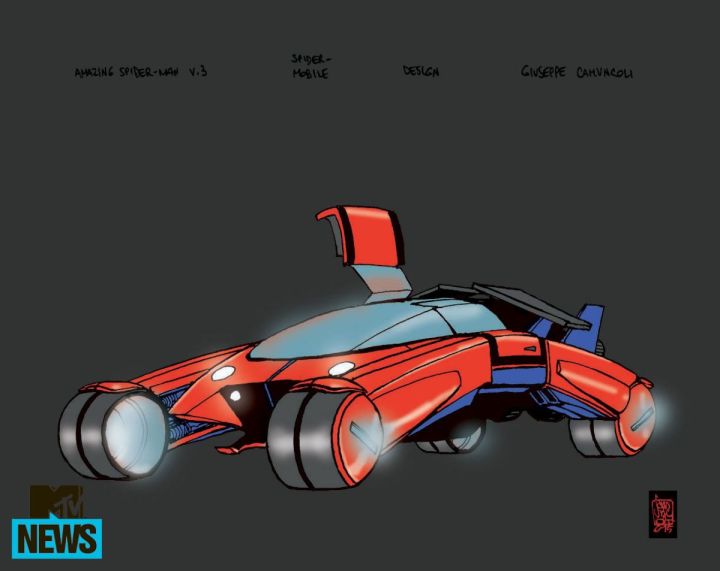 It’s not just about tech in the new series, as Slott teases there will be a love triangle for Peter Parker (hinted in the first issue cover image), saying, “One of the things I always loved was there was always a triangle. …There’s all these characters who are vying for Pete’s attention and I think you’re going to get back to that. You’re going to see all kinds of different characters we know and care about.”

Falling out of the events of Marvel’s Secret Wars, Miles Morales (created as the Ultimate Universe’s Spider-Man) will play a supporting role in the book, which Slott says will offer fans a more classic, high school-centric version of Spider-Man.